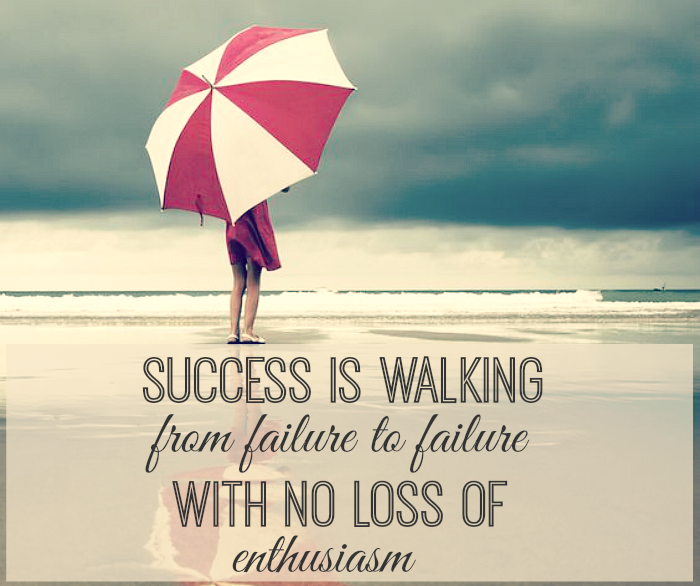 After 5 years of being
self-employed and running this site, I’ve had to learn a lot of business
lessons the hard way. Unfortunately, last Thursday, I experienced my most
difficult one to date. As many of you know, I have been working for months on
creating my own jewelry line.  A few of the pieces were already finished
and a handful were still in production as we prepared for our mid-August
launch.  Unexpectedly, last week, I received an email from the company who
I was contracted with stating that they would be unable to produce the
collection as promised (I’ll be sharing more details in the weeks to come).
I was intensely passionate
about this project, which made the news even harder to accept.  I was devastated as I looked back on the months of time & energy that I put into the development of each piece.  And then I thought of all the people I would be
letting down as a result – the charity who was promised a percentage of the proceeds, the women who I named each piece after as a tribute…and all
of you who have been so wonderfully supportive of me since I announced this new
venture.  If I’m being honest, there was a little bit of pride involved
too.  Will this make me look like a failure?  Will this hurt my
brand?  I immediately felt embarrassed that I had been so eager
& hopeful about this opportunity.  Even though I had no control over the
situation & what was being done to me, I felt ashamed & foolish.

But, after some time of self-reflection (and a good cry), I have realized that what occurred is just a part of life – disappointments happen, deals fall through, people break promises & let us down. We can pour our hearts & souls into something – whether it’s a work project, our families or relationships…and when they fall apart or end up differently than we’d planned, it doesn’t mean that we are any “less than” as a result of that outcome.  What determines our character is how we respond in those moments – will we allow our pride to get the best of us, lick our wounds and grow bitter? Or will we see that there is a greater picture beyond our circumstances and a deeper lesson to be learned.  We get to choose if we will let it weigh us down or if we will use it as a stepping-stone to something better.

Something I’ve found to be true in my own life is that grace changes everything.  I am an imperfect woman who makes mistakes, who is selfish at times and who can let her insecurities get the best of her.  So I desperately need others to give me grace and, knowing this, I should be just as eager to give it in return.  But, giving grace is not something that comes naturally to us; it has to be a conscious decision.   I don’t know about you, but I want to be the kind of woman who chooses a grace-filled response regardless of my circumstances.  I want to offer forgiveness instead of harboring resentment.  I want to persevere in spite of being let down by others.  Not because I feel like it…but because I choose it.


A pride-filled heart says: “How dare you wrong me. I don’t deserve this. I am owed something better.”  But a healthy gracious reaction is quite the opposite.  I want to set a good example for my children, so when they face disappointments in life, they won’t feel justified to retaliate & they won’t carry that hurt around like a heavy burden. I want to model for them the freedom that comes when we let go of unmet expectations, choose to offer grace and move forward with a renewed sense of purpose.


As difficult as this post was to write, I knew I needed to share the news with you.  And now that a few days have passed & I’ve processed it all, I can truthfully say that I’m grateful for the lesson I’ve learned.  It has helped me grow & mature and it has also put into perspective the things that are most important to me.  If you are reading this & you’re also dealing with a major disappointment in your life, let me be the one to encourage you to take the high road, look for the silver lining, release that hurt & dig deep to find grace that you can extend to the one who has let you down.  You will never regret it.