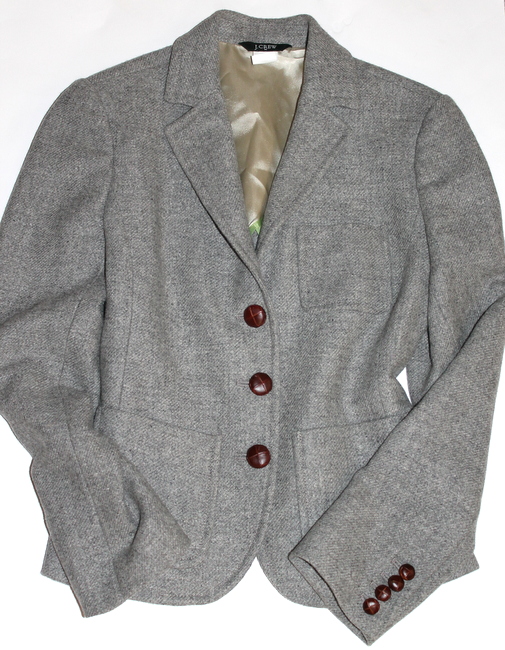 While thrift-store shopping last month, I found this J. Crew gray wool blazer for less than $10 – obviously, I didn’t even think twice about snatching it up.  But, when I got home, I realized that this was an older version of their current schoolboy style and it needed a little updating.  So, I did some research and then got to work!

First, I took tiny scissors and carefully cut the threads in between to remove all 3 pockets.  This doesn’t work with every type of fabric (it all depends on how the pockets are sewn on and the quality of the piece), but I knew if it didn’t look right afterwards, I could always take it to my tailor and have them put back on.  Thankfully, once they were removed & the wool was lightly pressed, you couldn’t tell they were there in the first place.

I then took the jacket with me to the craft store to pick out some different buttons for the front & the sleeves, making sure I matched the size of the old ones (I tried to find a style that closely resembled the buttons used on the current schoolboy blazer).  I removed the brown buttons and sewed on new ones (which only cost me $6).  I threw it on with a plain tee & jeans so you could see the finished product: 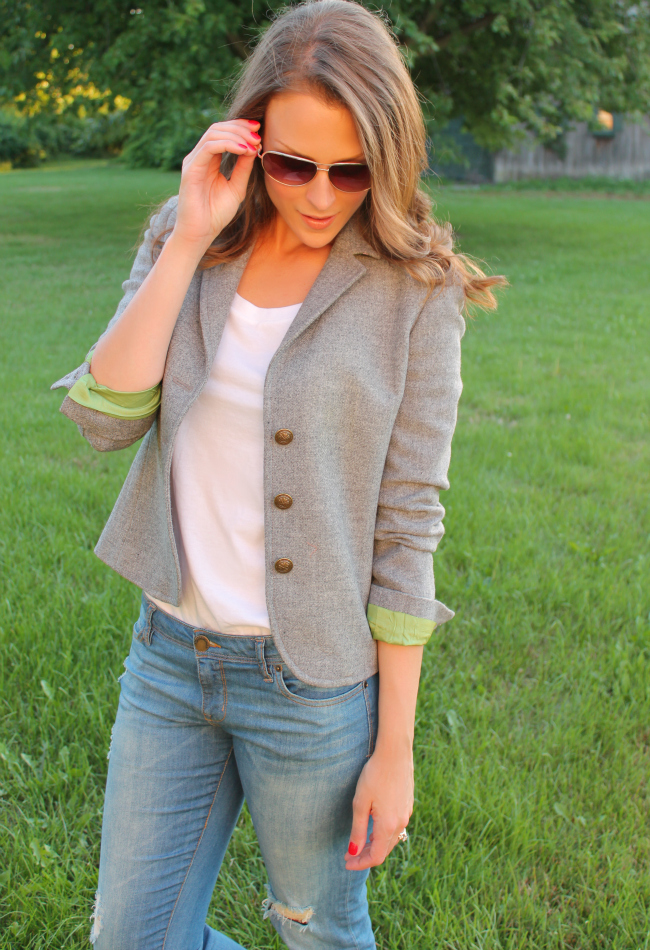 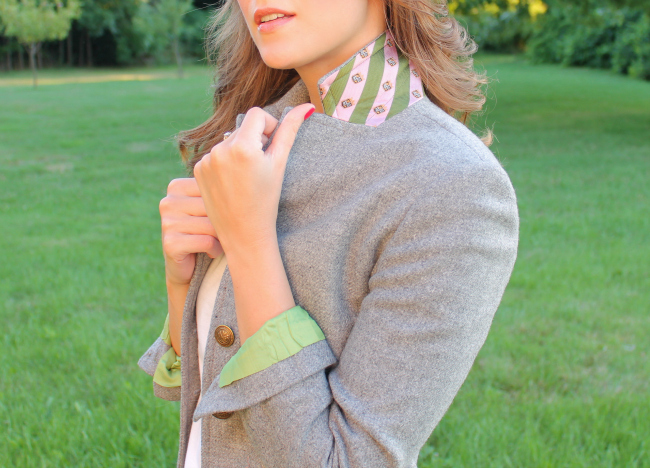 Love this detail under the collar! 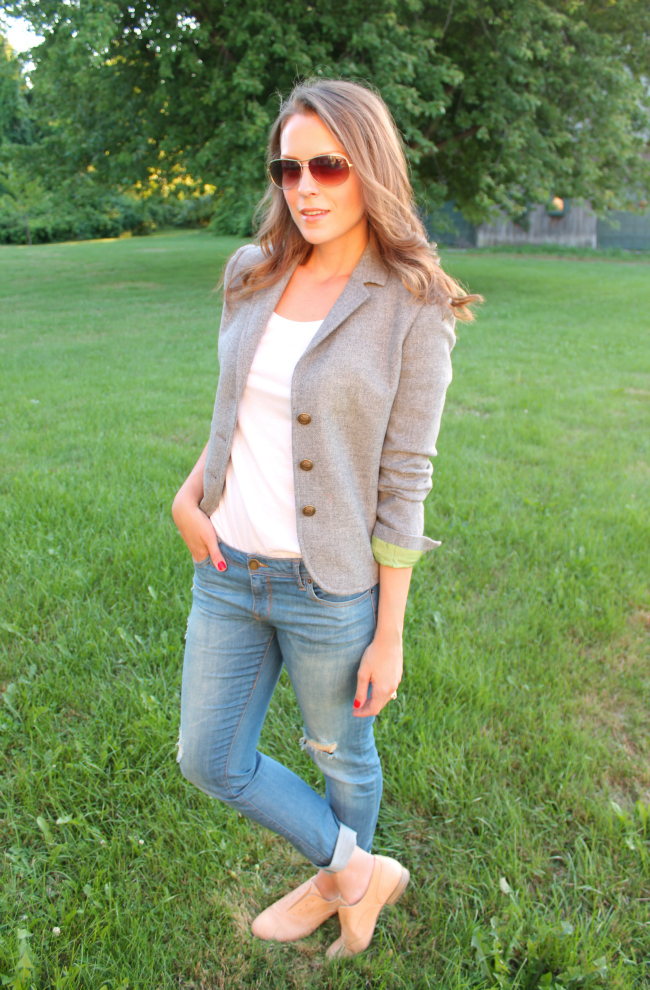 Considering that this same style of blazer from J. Crew normally costs $198 and I only spent $16 for mine…I was thrilled, to say the least.  I know I will get a ton of wear out of it this fall and, because it’s such a classic piece, it will last me for a long time.  This just goes to show that you shouldn’t pass up on thrift or vintage items just because they aren’t 100% perfect.  With a little re-working & some imagination, they could become a wardrobe staple!