I’ve been getting lots of requests for affordable holiday dresses and I was planning on sharing some options later in December, but for those of you looking to plan ahead, I decided to post it early!  Every dress you see here is under $60, which means you will still have money left over for some fun jewelry, evening heels or a festive clutch.  I tried to keep a good mix of both classic & trendy styles and I also included some jumpsuits…because sometimes you just don’t want to wear a dress.  Looking for something specific that isn’t shown here?  Shoot me an email or leave a comment below & I’ll do my best to help you find it! 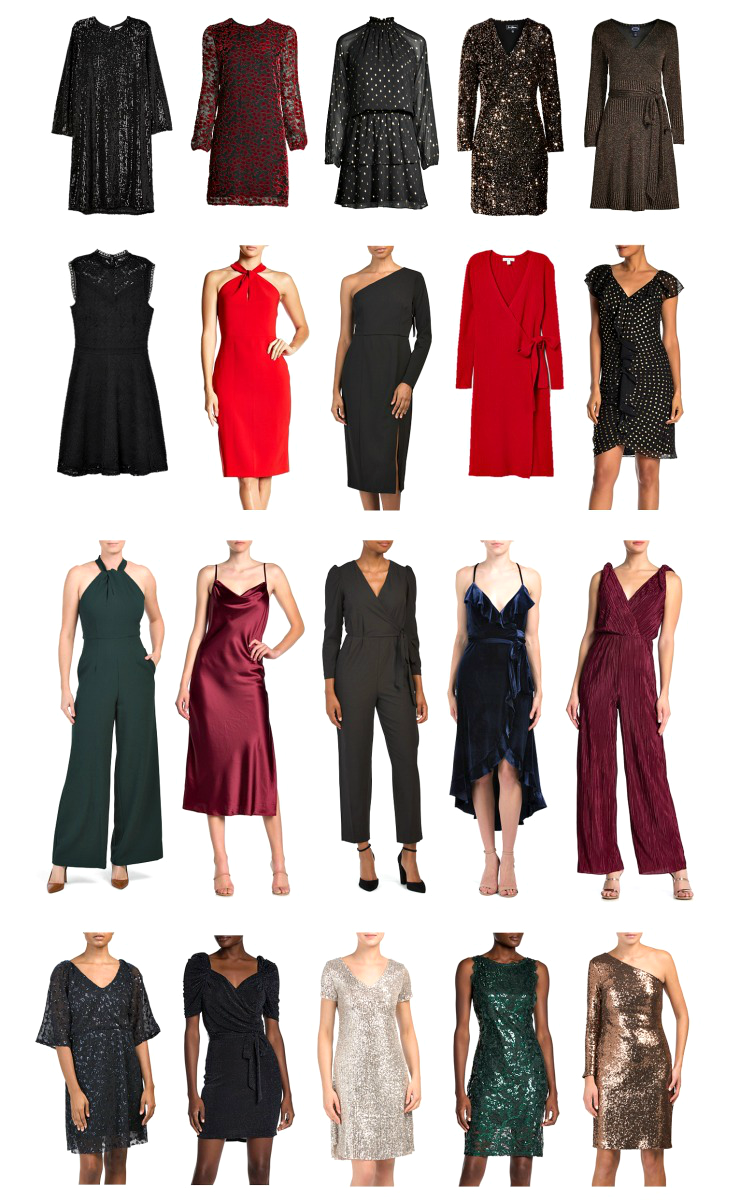