This Saturday will officially be the end of my 2 month hiatus from shopping.  Prior to this spending freeze, I was only purchasing new items using money I made from selling old pieces on Poshmark.  So, even before this, I was regularly holding myself to a budget, but I still learned so much from completely halting all my purchases for 60 days.  It was a personal decision and something that I ultimately felt convicted to do.  Looking back on it now, I’m so glad that I chose not to spend during this time & I thought it might be helpful to share what refraining from shopping showed me about myself & my spending habits. 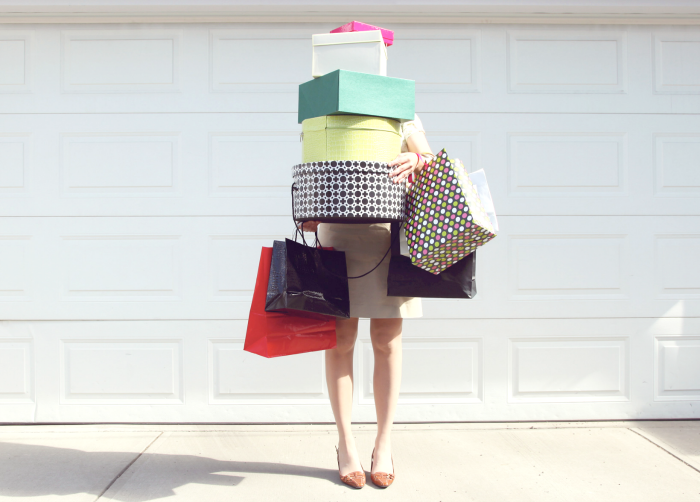 1) Impulse purchases were sabotaging my budget
The first time I noticed this, I was walking into Old Navy to buy some socks and miscellaneous items for my kids. All of their new spring arrivals had just hit the store – but instead of walking through begrudgingly with blinders on, I decided to conduct an experiment.  I carefully browsed the racks & picked up the things that I loved.  I took them all to the dressing room to try on and then added up how much I would have spent (had I been allowing myself to shop).  Let’s just say that the total was well over $100.  I walked out of the store that day with just the items I needed for my kids and, though there are a few things I will most certainly be buying once they are on sale (like this faux leather tote), I realized that most of the things I took into the fitting room weren’t necessarily pieces that I needed to fill gaps in my wardrobe.  Was this open-knit pullover totally adorable, budget-friendly & perfect for the beach?  Yes.  But how many striped lightweight sweaters did I already have sitting in my spring/summer storage bins at home?  I honestly couldn’t remember.  And that’s when I realized that I had gotten into the habit of shopping simply out of a desire for MORE THINGS.  Now, this isn’t to say that I won’t buy some items for next season because I adore them and will get great use out of them.  But, it really made me take a step back and be more thoughtful about what I’m buying & why. 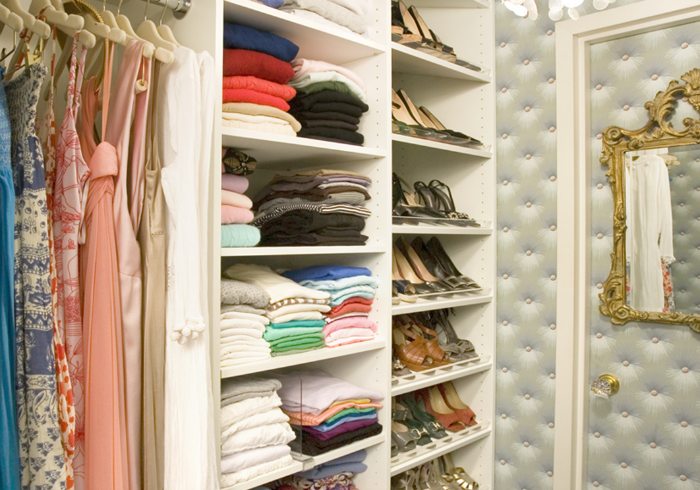 2) Shopping your closet can be fun
During these last two months, I was forced to look at my closet with a more discerning eye & my creativity was put to the test.  I learned that I have WAY more clothes than I realized and certainly more than enough to last me 2 months (or even 2 years!) without having to repeat constantly.  I didn’t want to merely skate by and wear a variation on the same pieces over and over again.  I wanted to make the most of this time and truly grow from it – so I challenged myself to wear the oldest pieces that I owned at least once a week (as mentioned here), I did a lot of remixing and when I really hit a styling roadblock, I let my daughter pick my outfit for me!  It opened my eyes to the items I owned that were the most versatile, it made me attempt different pairings (I took notes on what worked & what didn’t) and it renewed my love for pieces I’d long forgotten about. 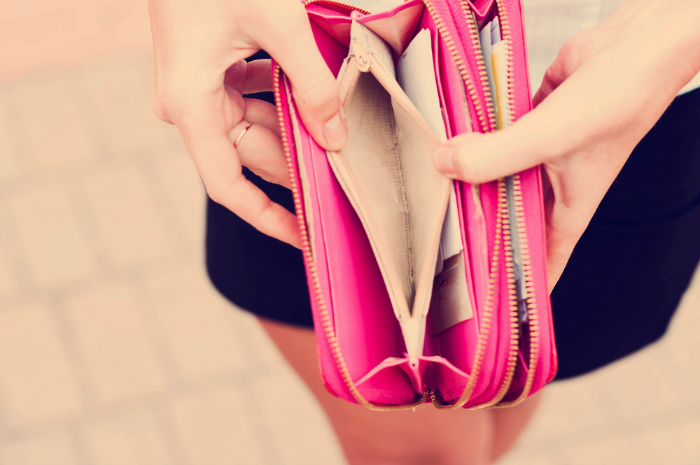 Even though I wasn’t shopping during January & February, I was still actively cleaning out my closet & selling off pieces on Poshmark…which meant that money I normally would spend was going into the bank instead.  Because things tend to sell in phases on consignment sites, I wasn’t really aware of how much I was making & was surprised when I saw the total dollar amount.  Having that extra money available to use enabled us to give to friends in need & support a local charity that is close to our hearts.  Though we already give regularly out of our earned income, it felt good to be able to help out even more during what was a very tough season for so many.  As a fashion blogger, it’s easy to lose perspective because I get so focused on sharing outfits & searching for affordable finds.  But, this time off from spending helped me realize that, while I love finding a great deal & looking my best, there are far more valuable things that deserve my time, money & attention.  I never want to sacrifice or forfeit the chance to do good because I’ve already used up all my extra cash on clothes & shoes.  Finding a better balance between the two is something I plan on being more intentional about.

Thanks for bearing with me as I took on this challenge – it had such a profound effect on me, so this definitely won’t be the last time I do it.  And, for those of you who decided to join in, I would love to hear what you learned during this time in the comments below!