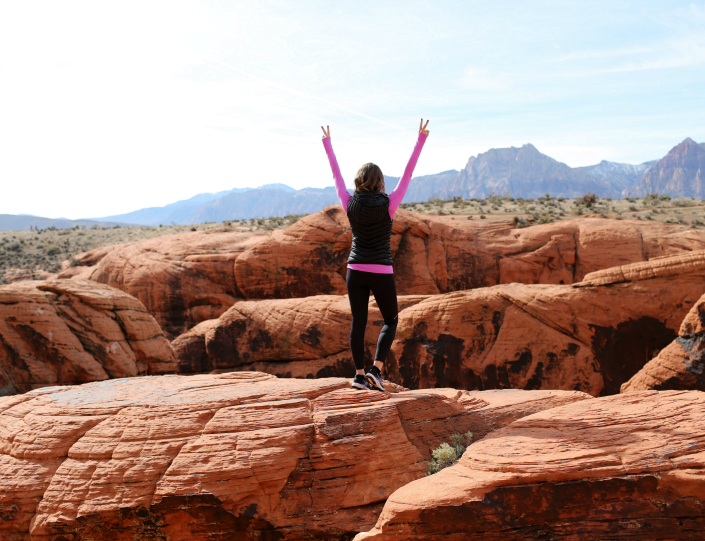 Guest Post by Ryan T. Smith
It’s been six years since the beginning of Penny Pincher Fashion and, after all that time, I think I’ve earned the right to take over the site for a day, so I asked if I could share my thoughts with you on this milestone.  Some refer to me as “ppfguy”, others call me Rodger (you know who you are), but my name is Ryan & I get the privilege of being married to Kimberly.  I have been the silent partner, here from the very start, when PPF was first hatched as an idea while sitting in our tiny rental apartment back in 2011.
I thought blogging would just mean Kimberly scouring the internet for great deals to share…at least that’s how it started.  Readers quickly asked to see the clothing items worn, which meant more shopping, which then led to pictures needing to be taken.  I had no abilities as a photographer, nor any time during the week, so we started on the weekends with our little point-and-shoot camera on the back patio of our apartment (you can see the first photo shoot in all its glory here).
To see the way this site has grown over the years is astounding…it’s far greater than anything we ever imagined or planned. I’ll admit that at times it’s felt overwhelming – I’m simply a self-taught photographer doing his best to keep up with his wife’s vision.  I honestly know nothing about fashion, but I like that she shares some of her soul with you through more honest, personal posts where she talks about her her trials & gives you a little glimpse into our family (here & here).  But, there are also a lot of things that you don’t see.
You probably don’t know that she actually hates being the focus – out in front of the camera – and if it weren’t for me and my big mouth, none of our friends would even know she writes a blog.  She keeps quiet about what she does because she doesn’t like extra attention being put on her.  You don’t see the heartache she goes through when people are mean to her or steal her hard work – those are the most difficult moments because it’s my job to protect her…and yet, I can’t shield her from every arrow that comes her way.  You also don’t see the people who have reached out to her because they are struggling & the way she invests herself in their lives, encourages them and builds friendships with them.  She thrives off of those interactions & they are the things she enjoys most about her job.
For those of you who aren’t familiar with our story, my wife single-handedly saved our family by ramping this blog up to provide the income we needed to survive when I was laid off from work in 2012 (read more here).  She has poured herself into it for that very reason and has happily taken on the responsibility of meeting our financial needs.  I count it a privilege to be able to do this with her in some small part & I recognize that it is a tremendous blessing to get to spend my days working right alongside her.


I wanted to take a moment today to share my thoughts – yes, to say that I’m proud of my wife. But, also to let it be known how grateful I am that she has an incredible community of women who are supporting her efforts, cheering her on & who value the work she does. There is so much negativity on the internet & social media, so I appreciate that you as her readers have continued to keep PPF a positive, uplifting & safe place. I think it’s remarkable that my wife gets to work in an environment where women of all ages, sizes, races & shapes are celebrated and encouraged to love themselves just as they are. I’m here to say that this has not gone unnoticed & to express my thanks to each of you for playing a part in creating & contributing to that for the last 6 years – as the man who loves Kimberly & wants the best for her, that means more to me than you’ll ever know.