Now that there’s a fall chill in the air, I’ve been pulling some of my coats out of storage & I was amazed when I realized that most of them are styles I spent less than $100 on and are still in great shape!  The nice thing about outerwear is that it doesn’t show wear as quickly as other garments, so typically coats will stay nice for a long time…which is why it’s important to stick to classic silhouettes that won’t be out of style by next year.  Today I’m sharing some of the best fall coats I could find at affordable prices in all different colors, lengths & patterns – if you’re on the hunt for a specific style that you don’t see here, comment below & I’ll try to help you track it down! 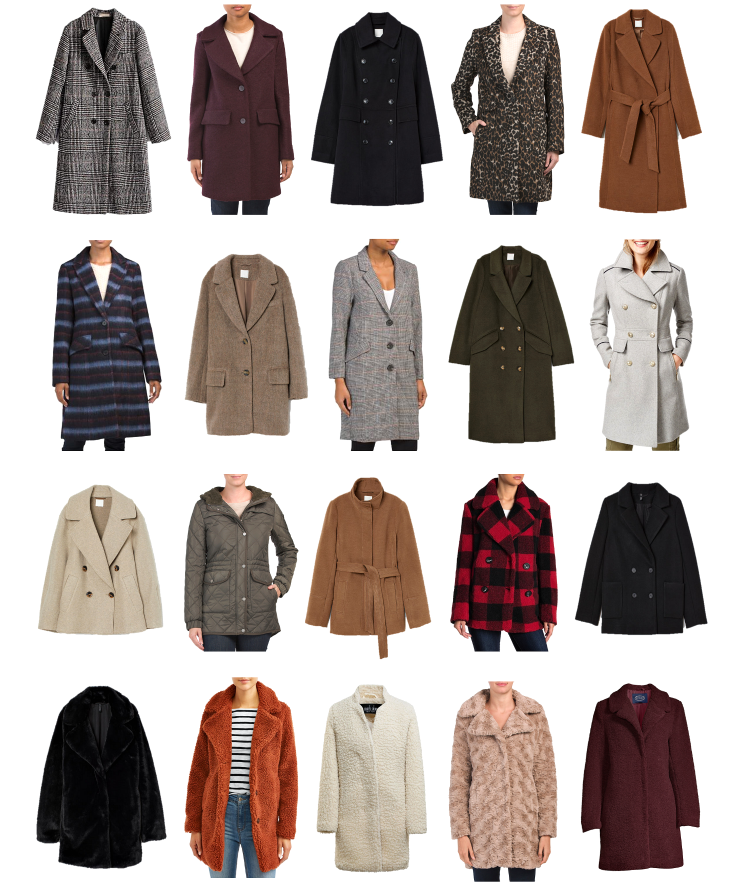