Ever since the Nordstrom Anniversary Sale launched, I’ve been getting lots of questions about affordable fall wardrobe options.  Obviously, it’s still summer for most of us (and will be for another couple months), so don’t worry, I’m not completely abandoning the current season.  But, for those who’ve asked, I decided to temporarily jump ahead a bit for today’s round-up & share some transitional fall pieces that you can scoop up now for less.  I’m loving this color palette of rust, mustard & rich neutrals – all classics that can work with what you already have in your closet! 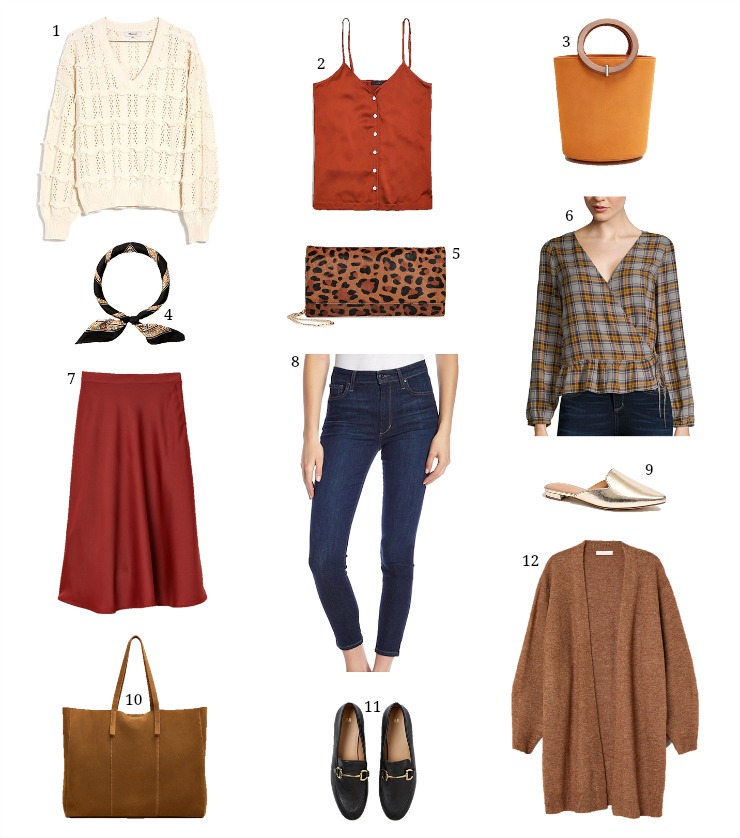